We wake up in the morning to drive consumer-led thinking and research transformation in the organizations that we partner with. We live, eat, and breathe cultural anthropology.

More than a decade ago, our CEO and Cultural Anthropologist Ujwal Arkalgud asked a question – is it possible to take the models and theories that make social science research so powerful and scale them with big data? Specifically, Ujwal wanted to take the incredible work of post-structuralist anthropologists who pioneered the study of language to decode meaning, and bring it to life in the modern internet-mediated context.

In 2015, he launched MotivIndex, which became the first company to use big data to study and decode implicit and symbol meaning and deliver ethnographic research to Fortune 500 companies around the world. But with recent advances in Natural Language Processing and Machine Learning, the question of “can we access and decode meaning and motivation online” quickly became “can we build a machine to do it at a larger scale, with greater accuracy and agility?”

Teaming with some of the most talented developers in North America we began work in 2016 to see if this could be achieved. After almost a decade of theoretical development and more than 2 years of product development and testing, MotivBase was ready for the world in 2018. It performs on-demand big data ethnographies by decoding implicit meanings and the intrinsic motivation behind topics, ideas, and trends in culture. Simply search a topic, and it will reveal the cultural forces at play.

We support our clients by studying people in 11+ countries, delivering agile ethnographic analyses.

We value change above all else and that is embodied perfectly in our own technology and solution. Our capabilities have evolved drastically over the last 5 years since inception and so has the quality and accuracy of the outcome.

The incredible thing about culture is that it is naturally moving society forward. As cultural anthropologists, our job then becomes to shed light on those opportunities and quantify the benefits of positive change. So while we may not wake up every morning with the specific goal of driving social change, it is a natural by-product of our work.

Our ability to understand context and decode the broader set of meanings that people assign to topics and trends in culture is at the heart of our Intellectual Property.

Our AI engine can decode any constellation of meaning surrounding a topic or trend in seconds using a deep anthropological learning model that was built over 5+ years of ethnographic research.

Three common ways organizations leverage our capabilities to drive anthropological thinking through the organization in an agile and scalable manner.

Are plant proteins really the way of the future?

Just because alternative meats are selling well, it does not mean that consumers are ready for plant-proteins. We explore why.

The difference between what people say and what they mean.

It's important to make a distinction between what people say and what they mean by what they say. The Anthro-Lens allows us to do this. 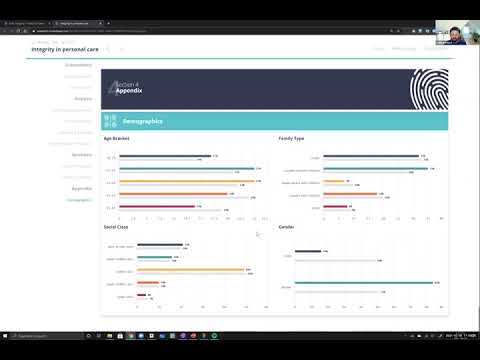 An ethnographic analysis of what integrity means in personal care to consumers in the United States.

How we differ from other data science and trend prediction providers

How an Anthropological approach to decode meaning differs from a data science or mentions based approach to trend analysis and prediction.
bottom of page